This post is a little late in coming, but I figure that pumpkin-anything is good for far longer than just Thanksgiving. I see no reason why the good old pumpkin pie should be relegated to just that one holiday. And speaking of which, what’s the best part of a pumpkin pie? The filling of course – so skip the crust and just go for the best part with my crustless pumpkin pie recipe. Let’s live a little!You may be wondering why I eliminated the crust for this pumpkin pie. Yes, the crust’s the least exciting part of pie, but it’s still a good transport vehicle for the pie filling. Well, here’s why: my mom has a gluten sensitivity.

It started a few years ago and she’s gotten progressively more sensitive to smaller amounts of gluten in her food. So she does her best to avoid gluten while still eating foods she enjoys – it just takes some tweaks to recipes to make them gluten-free (and luckily there are lots of gluten-free recipes out nowadays – it’s chic to be gluten-free). 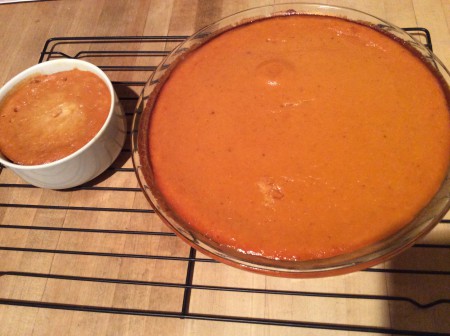 My crustless pumpkin pie filling was too much for the pie dish, so the extra was baked in a little ramekin. 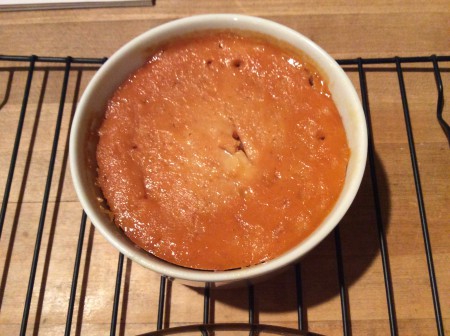 Even though it’s in a little ramekin, the crustless pumpkin pie mini tastes just as good. 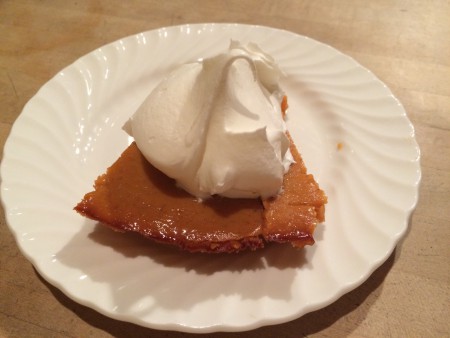 A perfect slice of crustless pumpkin pie with a big dollop of whipped topping.